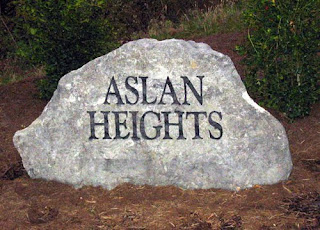 Most of the homes in this development were built in the late 1990’s to early 2000’s by
E Treffinger General Contractors Inc. This area is located in Central York Schools which consistently ranks as one of the top schools in York County. Roundtown Elementary is the elementary school which serves this neighborhood.
There is a homeowners association, click here to view the websites Aslan Heights HOA Bentley Croft
The average home here is a 3 or 4 bedroom with 2.5 baths and a 2 car garage. Lot size is around .25 acres give or take. The entire neighborhood consists of around 250 lots. There is also about 15 acres of open space and preserved wetlands owned by the Homeowners Associations throughout the development.

Nearby attractions include 106 acre Cousler Park which has miles of walking trails, numerous athletic fields, pavilions, a concert area, pond, and handicap accessible playground equipment. Nearby shopping includes stores such as Weis Markets, Giant, Target, Wal-Mart, Kohls, Macys, as well as the West Manchester Mall, Galleria Mall, and Delco Plaza.
There are numerous restaurants and eating establishments to satisfy any pallet within a few minutes drive of the neighborhood.
The area hospitals are York Hospital and also Memorial Hospital which will be moving to within minutes of the neighborhood to their new location off of Roosevelt Avenue.
York County Pennsylvania residents also enjoy an easy commute to Baltimore, Lancaster and Harrisburg.

Welcome to The Pilgrim Team Blog

Sign up for this Free Report with no sales contacts from any Real Estate Agent.

Homes for Sale in York