If you are the type of person who likes to get out for a walk, try the York Heritage rail Trail. It is perfect for walking, jogging or bicycling. You can begin in York and head south o the Maryland state line. The trail follows along the Old Northern Central Railway. This is an historic stretch of countryside.  Abraham Lincoln is the most notable when he traveled the line form Washington D.C. to Gettysburg to give the Gettysburg Address. He used it a second time when his funeral train made its way through. The King and Queen of England also traveled on the line. During World War II troop trains used the rail to move our men and women to far off destinations. 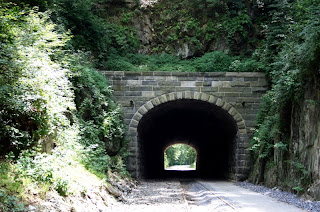 The rail line is still there and maybe someday may have a excursion train running again. Plans are in the works as of this writing.  Next time you want a scenic get away you don't have to go far to find this local York County treasure!
Posted by Jerry at 9/20/2010 03:33:00 PM No comments:

Welcome to The Pilgrim Team Blog

Sign up for this Free Report with no sales contacts from any Real Estate Agent.

Homes for Sale in York